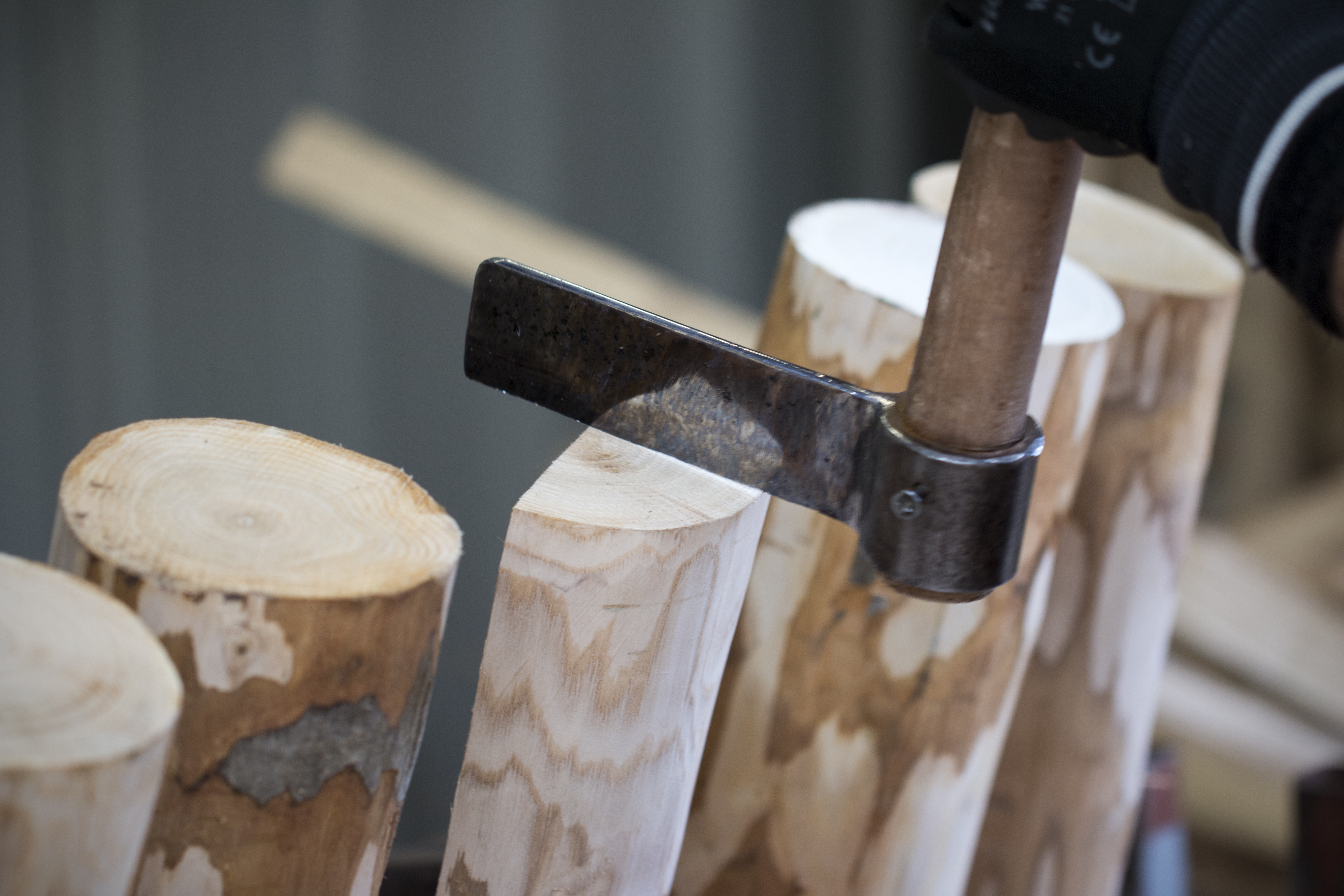 On  a good day Gary will make around 1500 pales, all carefully split by hand using a special tool known as a dole axe. He says “The important thing is to have a n eye for the grain of the wood that you are splitting. This is something that it is very difficult to teach, and only really comes with experience.” And experience is something that Gary certainly has. Over the years he has probably made over 5 million pales,and the fences made with them are now in gardens and parks all over Europe.

Gary has seen many changes in the industry over the years. He says that there has been a big growth in European sales, and it has become much harder to find people prepared to serve the apprenticeship necessary to learn the difficult but rewarding skill of pale making.

In his spare time Gary reads a lot, and collects antiques and  fossils. He also has a very fine collection of tattoos!